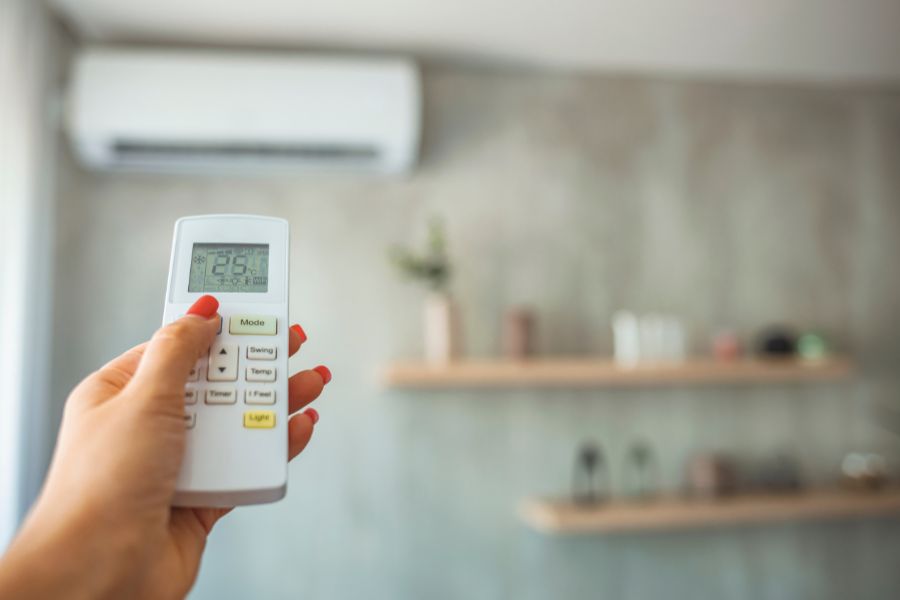 The Mallorca Under the Sun Facebook group has received reports from holidaymakers of hot hotel rooms in Mallorca suggesting the new air-conditioning law is being applied to some hotel rooms and not just to public places as previously thought.

Just one week following the Spanish Government’s Royal Decree to have the minimum air-conditioning temperature raised to 27 degrees Celsius in public places (or 25 degrees Celsius in environments such as hairdressers, kitchens or gyms) for energy-saving measures, it seems this new limit has been applied in some cases to holidaymakers’ hotel rooms.

As reported in the Independent newspaper, tourism minister Reyes Maroto suggested that the new rule regarding the rise in air conditioning temperature would apply to public spaces only.

However, on further inspection of the BOE (Official State Bulletin), the new law put in place in Spain governing air conditioning limits appears to be open to interpretation to allow flexibility.

Comments made in the Mallorca Under the Sun Facebook group suggest that in some cases, hotels have also raised the minimum air conditioning temperature in their guests’ bedrooms.

The change in air-conditioning temperature in public places came into effect on 10 August 2022.

Mallorca Under the Sun Facebook member Karen Huffman who stayed in the Inturotel Cala Azul Garden in Cala d’Or stated on 15 August, “We’ve noticed a big change in our hotel, both the dining area and our room the last couple of days.

“We’ve been in Cala d’Or for the last 2 weeks going home today but last night was unbearable. It got to the point where we thought the AC was broken and reception sent up the maintenance man.

“He was full of apologies that he couldn’t do anything and that the hotel had turned the temp up. He said this is ridiculous when you’re on holiday.

“We’re in the middle of a heatwave and pay for a hotel to have AC and they may have (as) well have turned it off.

“I was on the balcony at 4.45 am trying to cool down. Awful night’s sleep, such a shame our holiday ended in being so uncomfortable. We’re glad to be going home today. I can understand the reason for it but please not in 38° heat – madness.”

More comments followed from other hotel guests including this from Claire Butler who stayed at the AluaSun Continental Park Hotel & Apartments.

She wrote, “We’ve been here since Tuesday and definitely noticed the change in the AC since I was here a few weeks back.

“So much to say that it really affects us getting ready to go out in the day and even more so in the evening after showering (despite having cool showers) the temperature is far too high for a hotel room in this heat.

I really feel for the workers that this is going to be affecting too.”

I then called the AluaSun Continental Park Hotel & Apartments who said that guests were able to control the temperature in their hotel rooms.

I was unable to establish if the minimum air-conditioning temperature had been reset.

Another Facebook member Tony Gregory who stayed at the TUI Suneo in Santa Ponsa reported, “We arrived yesterday about 8:30pm to the hotel. It seems “cool ish” downstairs but in the room, the aircon is hardly blowing.

“I don’t really know what to expect but if it has aircon surely the room should be cool. Shame really when you spend thousands for a week away.”

Rachel Cousins also commented, “We are due to fly out to Majorca on Thursday.

“After being in London in 35 degrees heat with no air conditioning and suffering from heat exhaustion we are contemplating swapping our flights to somewhere else.”

It seems the holiday companies are also becoming aware of the problem that this is causing.

Tony Gregory continued, “We mentioned it to the TUI rep and they suggested renting a fan from reception and TUI would refund the money.

“This was all sorted immediately which was very good from TUI. The fans aren’t expensive to rent for the week if this doesn’t work out for others.”

This news could spell an end-of-season blow to tourism in Mallorca in addition to Spain upholding of Covid-19 restrictions on visitors arriving from Third Countries such as the UK and the USA.

Reasons why air conditioning could be running warm

However, it may be the case too that the air-conditioning systems are not being used correctly.

Air conditioning is not widely used in homes in the UK and in many northern European countries.

One explanation could be that visitors are leaving windows and doors open, thereby not allowing the air to cool correctly.

I have been to supermarkets, department stores and shopping centres in Mallorca in the last week since the rule change, and found that 27 degrees Celsius to be a comfortable temperature when walking around and shopping.

Not all hotel rooms are running hot in Mallorca

The experience of hot hotel rooms in Mallorca has not been shared by all visitors.

Tam Inglis who is staying at the Alcudia Beach Hotel in Alcudia commented, “Been here 10 days now and I can’t say I’ve really noticed, the hotel foyer seems the same.”

Furthermore, Patsy Wickstead, who stayed at the Hotel Amic Miraflores in Can Pastilla commented, “We had unlimited aircon and temp of our choice at hotel in Can Pastilla the past 10 days.”

Patsy also mentioned, “The foyer only had one aircon unit on so was noticeably warmer in the communal areas but rooms not affected.”

I also spoke to the BQ Delfin Azul hotel in Alcudia where we stayed for a break in July and they assured me that their guests can control the air temperature in their rooms.

Mallorca Under the Sun would love to receive clarification from hotels on the island as to how they are managing the air conditioning situation and if indeed their guests’ bedrooms will now also be subject to the minimum 27 degrees Celsius limit reported for public places.

Of course, a higher air conditioning temperature in the hotel rooms will not only contribute to these energy-saving measures but lower electricity costs for the hotels.

You can read these comments and more by joining the Mallorca Under the Sun Facebook group here.

And don’t forget to subscribe to the Mallorca Under the Sun Youtube channel to receive the latest holiday news. 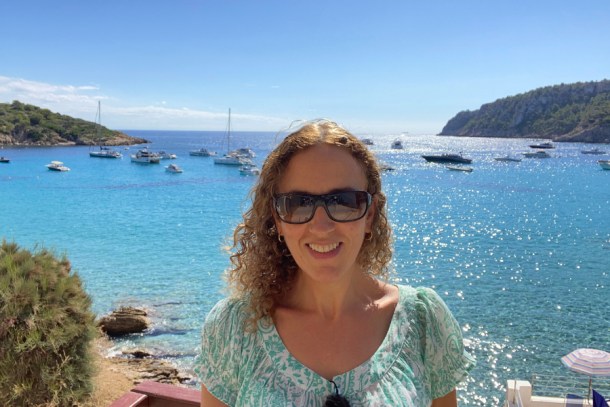